Taking its motto from a Greek aphorism — Zóë moû, sàs agapô — My life, I love you — wailed by Psychocat at the climax of the final trial scene, Condemned At Kangaroo Court portrays the journey of I and his unique double, the Poet, through a series of hallucinogenic psychic spaces. An unseen Mystical Chorus comments cryptically on what happens throughout. I and the Poet eventually liberate themselves from what appears to be a terminal judgment by Grillmaster and the three Enigma judges.

Here the emphasis is on the codependence of the poetic and real worlds — the imaginative and sensuous apprehension of the Poet and the physical and intellectual burden of the nameless I, who could be anyone or everyone, male or female, liberal or conservative. With elements of the surreal, absurd and expressionist drama, and using a variety of rhetorical modes, Condemned At Kangaroo Court is a poetic drama which draws on imagery from art and science, philosophy and politics. It dramatises the aspirations and unease that characterise the world as it ventures on a new era of exploration and discovery.

The following quotations are used:

Condemned At Kangaroo Court may be performed as a play, presented as a radio drama or read as a dramatic poem.

CAKC has also been adapted for use as an opera libretto.

Scene 1 In The Dark

I and his unique double, the Poet, are discovered at a turning point. Florian Feuerlicht and the Muse make their presence known.

Grillmaster and the three Enigma judges condemn Dr Brian Lineleader to the void.

I and the Poet encounter fashionable encyclicals.

I is depressed by his inability to resolve a personal destiny.

Scene 5 Morning Song Of The Eucalypts

I and the Poet observe the splendours of the world.

Grillmaster accuses the Poet of having failed in his duty.

A banquet in the dome of the Reichstag to celebrate the fulfilment of the European ideal. A Philosophe, Napoleon and Nietzsche, among others, are heard.

Scene 8 Dialogue of Beauty and Beast

Muse and Florian Feuerlicht transform themselves into contemporary versions of Beauty and Beast.

Grillmaster attacks I who tries to defend himself.

I has a personal appointment with Holy Father who is in poor health.

I and the Poet successfully defend themselves against the Enigma Judges and Grillmaster. Chaos.

I and the Poet transcend the world, absorbed by the space between two parallel universes.

From Scene 1 In The Dark
(Silence. Darkness, then a dim light, growing brighter, revealing I, observed by the Poet in the distance. The Poet carries a satchel over his shoulder.)

But when you look for a trade-in, who would that be?
Not to be another is our fate.
The kind dog looks into your eyes, thinking—
We learnt not to talk. Our silence is a gift.
Trapped in words, we are trapped
in the ideas of words
lips blubber.

Poet (at a distance)
If people like what I write, that’s good,
but that means little to me.
And if people don’t like what I write,
that means nothing to me.
I write because I have to.
No-one cares if I write or if I don’t
and sometimes I don’t care whether I write or don’t write either.
I can do one thing well, and that doesn’t make money.
Yes. I can do one of the most important things well,
but not many want what I do.
Sing ‘em muck and make a million,
write well and go to losers’ pavilion. 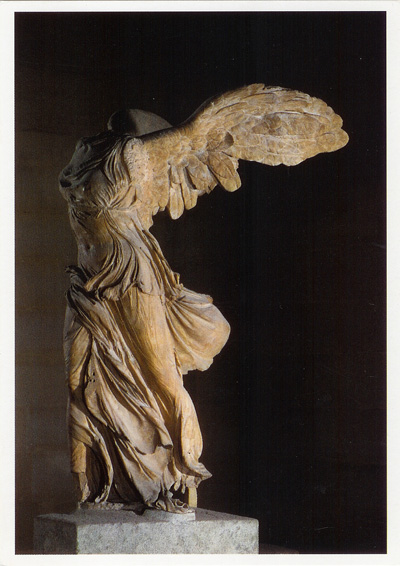 An African Dictator President (to an army Colonel)
Can you believe the stupidity of this lot.
These sick men of Europe think themselves gods.
They pillaged the planet and now want
to absolve themselves from blame because we can speak French
with an accent that would get us orders straight off at Maxim’s.
(Psychocat appears and curls itself round the legs of the African Dictator, then quizzically observes the proceedings.)
I’ll give them a history lesson in spades!
We know how to deal with malcontents in our part of the world.
I hope the army’s on the lookout Colonel.
I’ve heard there’s been some plotting in the upper echelons again.
One revolution per country a century is quite enough you know.
I am what the nation needs, and I expect
our friends to do the right thing by me.
(laughing, between themselves)
Goodness knows, they’ve been paid well enough.

Ambassador’s Wife
I’m the ambassador’s wife,
token but essential—
without my intervention they would find
their machinations have a broken differential.

European President
Mr President, I’m so glad you could come
to our celebration here on the rooftop of the world.

African President
Well, a part of it. Yes. It’s nice to see
what our tribal ways had failed to note—
the European tendency to gloat.

European President
Oh come now, Mr President, you know
we’ve always done our best by you.
It’s up to you to try and do the rest.

African President
When Mahatma Gandhi was asked what he thought
about Western civilisation
he said he thought it would be a good idea.
We can use some bits of it
and other parts we’ll manage by ourselves.
You lot came in and wrecked the show for us
a few centuries back,
and now you have the damned hide
to lecture us about how we should govern.
You’ll forgive me if I don’t fall on your every word.
I’m telling you this—from Alexandria to Capetown,
we Africans don’t want your advice.
Keep it to yourself.

Mystical Chorus (a few bars, in the distance, from the end of the Prologue, Simon  Boccanegra)
Lessons from history come after failure—
Viva Emmanuel Re d’Italia—
We are the people who fell for the Blackshirt
But hung him at last, stripped off his regalia.

Nietzsche
Beyond the good and evil that we do
the future beckons like an undug tomb
in which the generations will be laid.

Eurocrat
A satellite today is linking this celebration
to the four corners of the Earth—
from Mexico to New Zealand to Argentina.
How remarkable it is
that we have at last settled the exchange rate question
for the benefit of all. How wrong could Marx have been.
Education for all. Communication for all.
Knowledge and certainty flowing from the Danube
with our gleaming industrial produce
packed into containers to bring pleasure
in every continent.

Napoleon
It was miserable on Saint Helena—
my best years spent in melancholia.

Philosophe
At the doors of the Conciergerie
I hear the screams of those who would be free.

European President
Tell me Philosophe, you’re a famous thinker.
What do you make of this great panoply?

Philosophe
Well, one should never be famous for thinking,
only good at thinking,
which is very rare amongst men.
What do I make of those
exploiting the poor and exalting the rich,
who are wealthy, but not rich in spirit,
not splendid as a people should be splendid?—
I don’t think much of them.

European President
Governments can only do so much.
After that, it’s up to individuals.
There’s free choice after all. 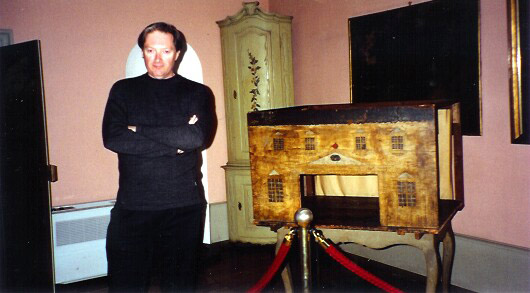